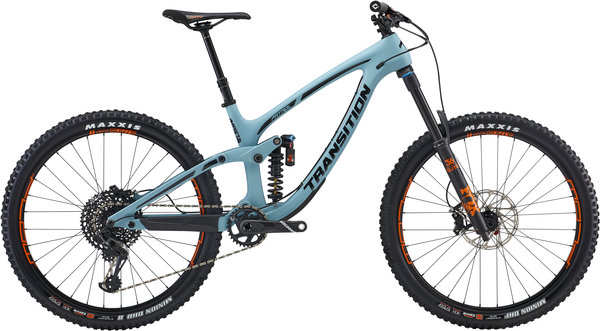 The Patrol is Transition's most popular model to date. After winning bike of the year in 2016 for Pinkbike and 2017 for VitalMTB, the Patrol has a pedigree that sets the bar for what a modern mountain bike should be. It doesn't curve to one side too far, instead, it truly does everything extremely well. A true big mountain rig that can hang at bike parks and DH tracks and then settle into an epic long death march into the backcountry. The Patrol simply won't flinch at any trail going up or down. It may have you scratch your head as to what it is truly designed to do but we would rather not over think it and just let the bike take you wherever you want to go.

* Subject to change without notice.